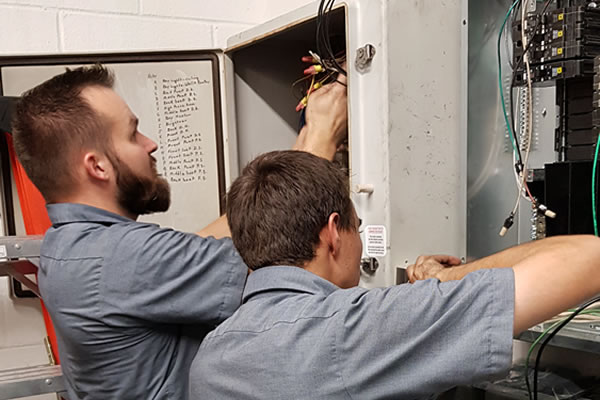 Electricity is all around us, but we rarely see it. Luckily, electricians and experts in the field have figured out how to harness that electricity. Still, electricity is not something to be controlled so predictably. Sudden spikes in voltage are more common than we wish, but there are tools to protect against the risks. A surge protector is a crucial piece of equipment to protect your electrical system, property, and well-being from getting fried by electrical surges. If you need a surge protector installation, then call Mr. Electric of Dallas to speak with a friendly electrician today. We are happy to schedule a consultation or flexible appointment today.

What Is a Surge?

There is a lot of jargon in our field, and we understand that it can get confusing. There are "electrical currents," "electrical circuits," "electrical panels," "watts," and "volts" – just to name a few. So, before we get to defining a surge protector, let’s talk about surges.

As you know, electricity, travels through wires. Some wires are more conductive than others, but they all have some resistance. The resistance will weaken the electricity as it moves along the wiring. This can be a problem for homeowners along the perimeter of the city. This is why power companies transmit electricity at high voltages. Transformers are used to adjust that voltage at points in the electrical grid. What starts as hundreds of thousands of volts is delivered to households at only around 120-240 volts.

We have some bad news though. Transformers are not perfect. Also, lightning strikes are known to shock the ones who have too much faith in their electrical system. An electrical surge is a sudden spike in the amount of voltage. It can happen for many reasons, many that are far out of your control.

The Risks of Surges

You can probably imagine some of the risks of an electrical surge. The first thing that comes to mind is an electrocution. The voltage coming out of your electrical outlets can be deadly when a lightning strike sends millions of volts through the wires. That is likely a split second before the wires are burned and connected appliances, electronics, and devices are fried. Electrical fires are very real and possible.

The electrical current is meant to be consistent and stable, but it can – and often does – fluctuate. Power surges can melt electrical wires like butter, but sometimes the damage is more subtle. Persistent but short spikes in voltage can also wear out wiring over time.

Protect Yourself, Your Home, and Your Property

Practically everyone in "plugged in" this century. We use more electronic devices, appliances, and products than ever before. The threats are greater too. Protect your property as well as your home and well-being by defending against electric surges. Call Mr. Electric of Dallas to consult with a representative and schedule a consultation or on-site visit today.